The puppet playing tradition of Rajasthan is an ancient art form that has entertained mankind for gencrations. The puppets are controlled by strings or marionettes known as Katputhlis.

The art of Rajasthani Puppet (also called Kathputlis of Rajasthan) originated a thousand years back. The name Kathputli is derived from two regional Rajasthani language words Kath means wood, and Putli means a doll or puppet, which has no life. So basically, Kathputli means a puppet which is made totally of wood. Altogether, it is made up of wood, cotton cloth, and metal wire.

Kathputli is a string puppet drama, local to the State of India, Rajasthan, and is the most popular form of Indian Puppetry. Being a string puppet, it is controlled by puppeteers by a single string that passes from the top of the puppet.

This art of Puppetry in India is practiced by Bhats, a community of agricultural laborers of Rajasthan. These people have been involved with Rajasthani String Puppetry to carry forward their traditional profession.

Similar to these puppets, which are rod-puppets, are also found in West Bengal. But it is absolutely Rajasthan’s incredible Kathputli which has made India one of the first countries to originate its own traditional puppetry. Rajasthani folks have been performing this art from ancient times and it has become an immortal part of Rajasthani culture and tradition. All of the village fairs, religious festivals, and social gatherings in Rajasthan are incomplete without the Kathputlis. The tradition of Kathputli is inspired by folk tales and stories. The oral history of the region is reflected within them. They are a part of the traditional performance of puppetry, narrating an event from history, myths, tradition, along with the music and speech. It is one of the oldest forms of entertainment in India.

Rajasthani String Puppetry is one of the most dynamic elements of Indian culture and they are unique in their own ways. These lovely and colorful String Puppets in India are hand-carved using wood and cloth. The head of these puppets is made out of wood and colored according to the character they portray in the drama.

Strings are attached to the head for handling the movements of the puppet. The faces are normally painted yellow or any light color. Unlike the other String Puppets of India, the body up to the waist and hands of Rajasthani Puppets, are made up of stuffed rags, cotton or cloth scraps. The hands have no joints and the absence of legs is not noticed because of the long-trailed skirt made of colorful cloth.

During performances, the puppeteers control the puppets with a whistling, squeaking voice and are annotated by a narrator who also provides the rhythms.

The free movement of the puppet is possible due to the absence of legs. A little pull of the string causes the puppets to move it’s hands, neck, and shoulder.

Today, Kathputlis of Rajasthan is one of the most popular performing arts of Rajasthan. Historically, these puppets were not only a source of entertainment, but they were also much more than just a toy or decorative dolls. They provided moral and social education also. The shows addressed the problems like dowry system, women empowerment, illiteracy, poverty, unemployment, and cleanliness, etc. These Rajasthani Puppet shows spread awareness of the social problems that people were facing and also showed the ways of solving them.

For the artists of Rajasthan, especially the Bhats, puppets are a kind of God giving them livelihood, peace, and joy. And, for the rest of the world, this ancient performative art of Rajasthani Puppet is a source of pure joy, entertainment, and cultural enrichment.

At GI Tagged, Rajasthani Kathputli Online Shopping is made easier for customers all around the globe. You can buy Rajasthani Puppets Online from any corner of the world. We have a huge collection of lovely and colorful Kathputlis, handcrafted by the artisans of Rajasthan. 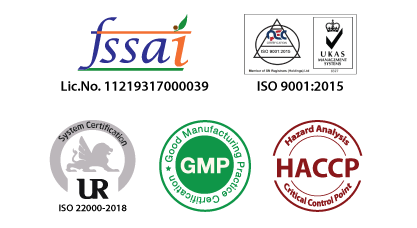