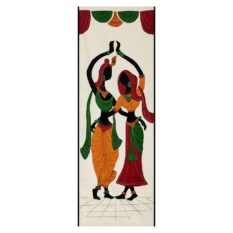 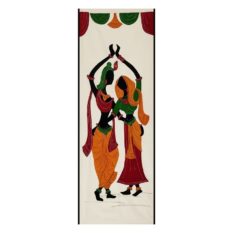 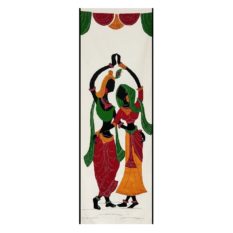 Flat designs are first cut from cloth and then superposed on the base cloth in a predetermined layout and sequence. The edges of the motifs are turned in and skillfully stitched onto the base cloth or stitched by embroidery or without turning as necessary.

Below are the steps involved in the production of Pipli Art:

– The designers put the design on sheets of paper with proper sketches and colors and trace it on the desired fabric.

– The cutters cut the base pieces, motifs, the kanguras, hatti and patches.

– The base is stitched with the help of sewing machines. After that the decoration is stitched by hand.