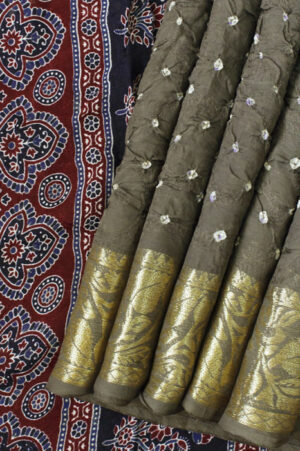 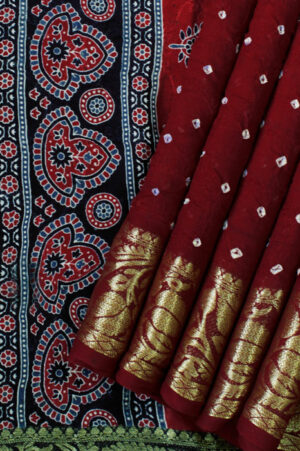 Origin
It is believed that Bandhini Technique was initially introduced in Kachchh by a Fakir from Sindh and later the technique was introduced in Jamnagar. However dyed Textiles similar to Bandhani has been found in the sites of Mohenjodaro daing back to 2000 B.C.. Bana the Court poet of King Harsha ( 606-648 A.D.), in Harshacharita mentions the skill of women in the technique of Tye-Dye.

The Technique
The Technique involves Tying of fabric in intricate patterns to prevent the colour from seeping into the tied areas during dyeing. Bandhani is Practiced in Jamnagar and Kachchh Region of Gujrat and is deep rooted in the social customs of the Region.