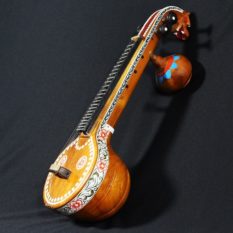 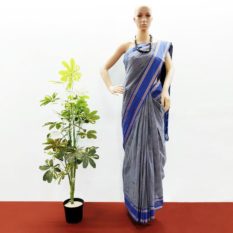 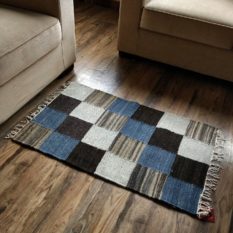 Made of Seasoned Jack wood, the miniature Bobbili veena is a pinnacle of beauty with inlay work of art running almost the entire length with a lion face at the end of the dandi. The perfect placement of Knobs, the bridges and the strings actualizes the musical Instrument.

BOBBILI VEENA is a traditional musical instrument, which is also known as Saraswati Veena.

The origin of the Geographical Indication Bobbili Veena (Saraswathi Veena) can be traced back to 16th Century to the days of the Bobbili Samasthanam. It has great importance and significance in the evolution of music and in particular Carnatic music in our country. Vibrant designs and colors are used in order to give the veenas a designer look. The design of the inlay works are mainly flowers and leaves.

Over the years the craft has diversified by the artisans and at present the artisans are making miniature veenas as decorative art pieces or for the purpose of being given as gifts or momentos. These do not have any functional aspect and they cannot be played.

Bobbili Veena has been Conferred with the Geographical Indication (GI) Status by Government of India in 2012 with the GI Number 163.