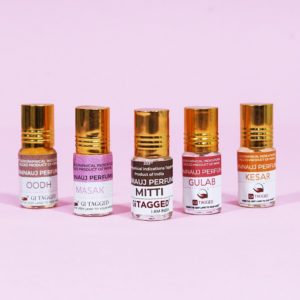 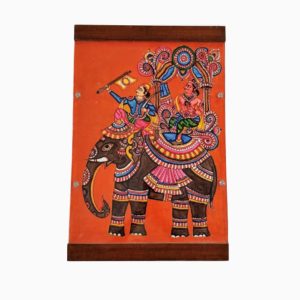 Capturing the very soul of flowers, herbs, spices and even that of soil by traditional steam distillation using centuries old copper vessels is unique to Kannauj Perfume.

Kannauj is to India as Grasse is to France, the world’s capital of perfume. Capturing the very soul of flowers, herbs, spices and even that of soil by traditional steam distillation using centuries old copper vessels is unique to Kannauj, the perfume capital of India. GiTAGGED brings to its customer Original Kannauj Attar online.

Process
Product that requires extraction of essence, is boiled in water for several hours in centuries old Copper Vessel. The vapor formed, passes through a long pipe connected to the Copper vessel and is distilled into a round container. By end of the day, the oil separates from the water capturing the very essence of the product. The Most famed Kannauj Itar is Kannauj Mitti Attar, the fragrance of Rail Soil.

Historical Significance
The Perfumer stamps found in the Koshambi region, establishes the fact of perfumery trade dating to 2nd BC and flourished in the Kingdom Capital during the reign of the Great emperor Harshavardhana (606 to 647 CE). Today the Attar of Kannauj is known across the world for its traditional methods as Natural Perfumes

Also try our Himachali Apricot (Chulli) Oil, with extraordinary Vitamin E to nourish, rejuvenate and to keep your skin blemish free. The Apricots of Himachal are found at high Altitudes and thrive to its potential without the need of any human intervention and is superior to Chulli Oils extracted from Apricots of Other Regions.